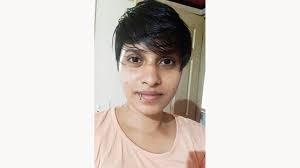 The story of Shraddha, Balkar, and Aftab Poonawala will remain alive in the hearts of people for years as pain. How? Aftab cut Shraddha into 35 pieces and threw them in different areas. No one will be able to forget this thing even if they want to. This matter is fresh and a police investigation is going on in it. But the TV serial Crime Patrol has added spice to this case, your blood will boil after seeing it. In this episode of Crime Patrol based on Shraddha, Shraddha has been transformed into a Christian girl

named Fernandes. On the other hand, Abtaaf Poonawalla, who killed him, has been shown as Mihir. Not only this, Mihir’s mother has been shown as a religious woman going to a temple. In the episode, both of them get married in a temple and then shift to Pune. While Shraddha and Aafat Aafat lived in a live-in relationship and both had shifted to Delhi. It is claimed by the makers that the stories shown in Crime Patrol are based on incidents and for

this reason the audience likes them. But here the whole game has been turned upside down. What compulsion came in front of the makers that they changed the religion of faith and reverence? The Muslim boy was converted to Hindu and the Hindu girl to Christian. The whole country stood up for Shraddha. This case is set as an example but the makers made it something else by adding their own flavor. What would you say on this for the time being? Leave us your opinion in the comments and subscribe to Bollywood Pe Charcha for more such updates.