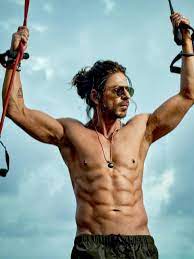 In fact, a report is coming out regarding Pathan, according to which the OTT rights of the film have been sold for around 100,00,00,000 even before its release. As per reports, Amazon Prime has bought the OTT rights to the film at a whopping price.

Although the film is yet to release on January 25, which is currently a month away, Shah Rukh’s film has cracked a good deal amidst the hi hi of the haters. Although no official information has been revealed about it at the moment, according to the report, Amazon Prime has reserved the rights to the film for ₹ 100,00,00,000. And there are other reports that the OTT rights of the film were locked by Prime Video on December 23.

Therefore, amidst the ongoing controversies regarding the film, looking at this amount, it seems that the bus has been made at an even higher level regarding Shahrukh Khan’s film. That’s why, despite the film’s budget being around 250 crores, the film has spent half its budget even before its release due to the sale of its rights. In such a situation, seeing its earnings, it is being speculated that Shahrukh’s Pathan is going to create a lot of ruckus at the box office.

Because before this Bollywood films which have been controversial, have made a lot of money at the box office. Now it has to be seen how much benefit will be gained from this controversy of Pathan. Please tell me that the film will now be released in January. Two months after that i.e. at the end of March or the beginning of April, the film can be streamed on OTT.

Well, how excited are you for Pathan? Tell me in the comments action below.