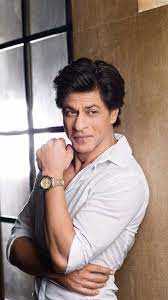 Will Shah Rukh Khan earn 1000 crores in the year 2023? Shahrukh Khan is coming to the silver screen after ending a long break of 4 years. Back to back with three films.

So can it be taken as an average that Shahrukh is going to give at least 1000 crores in business to Bollywood? Because all three of Shah Rukh Khan’s Pathan, Jawan, and Dhanoa have their own strengths which will directly benefit their collections. All these films have been lined up for the next year. With this, Shahrukh will start his new year with a hat trick.

First strength Pathan full of action Yes, Shahrukh will account for the year 2023 with his action thriller film Pathan. In this film, along with the actor, Deepika Padukone as the main lead and Shahrukh Khan’s lady luck and Jim i.e. John Abraham will also be seen in the role of villain. However, the expectations regarding Pathan are also high because the film is being made under the Yash Raj banner, which is a spy thriller film and it has been directed by Siddharth Anand, who has given superhit films like Already War.

In such a situation, the combo of Yash Raj Siddharth and Shah Rukh is going to be tremendous. Along with this, Pathan will get another benefit of Republic Day. Yes, because the film is releasing on the 25th  and in this context, the film is going to get a long weekend and holiday, due to which speculations are being made that Pathan will bring a strong storm at the box office and come out on top in terms of collection. Will go

The second strength is Shahrukh Khan’s Jawan Ka Jalwa Shahrukh’s next film, Jawan. South director Atlee Kumar is directing this film and this is the first time that Atlee is directing a Hindi film. In such a situation, there is already a lot of discussion about the youth. In the film, Shah Rukh will appear on screen in a different character and its biggest strength is that the film is releasing on Pan India level on June 2, 2023, and it also stars South’s superstars. The film stars Nayanthara, who

has a separate fan base, which is going to be a profitable deal for the youngster. The craze of the film can also be gauged from the fact that when the teaser of the film was out, Shah Rukh Khan’s look in it gave everyone goosebumps. In such a situation, speculations are being made that Spain and India will also do business for 400 to 500,00,00,000.

The third one is Rajkumar Hirani’s films are superhits followed by Shahrukh’s film Dhakki which is on the lineup for next year. Yes, at the end of the year, his film will hit the theatres. That is, on December 22, this film will rock. That’s because Rajkumar Hirani makes Danky. In such a situation, Rajkumar Hirani is known for his brilliant direction and that is why this is a tremendous strength of the film. Although its X factor is also that this film is the first such film

that has been shot in South Arabia. Apart from this, the fans and the audience will also get to see Shahrukh’s intense comedy in the film, then after giving back-to-back two action films, Shahrukh will work to make people laugh in his third film. In such a situation, it would not be

comeback with Iss Hai is considered very important and full of expectations for Bollywood. You tell me what is your opinion on the box office report of these three films of Shah Rukh Khan?